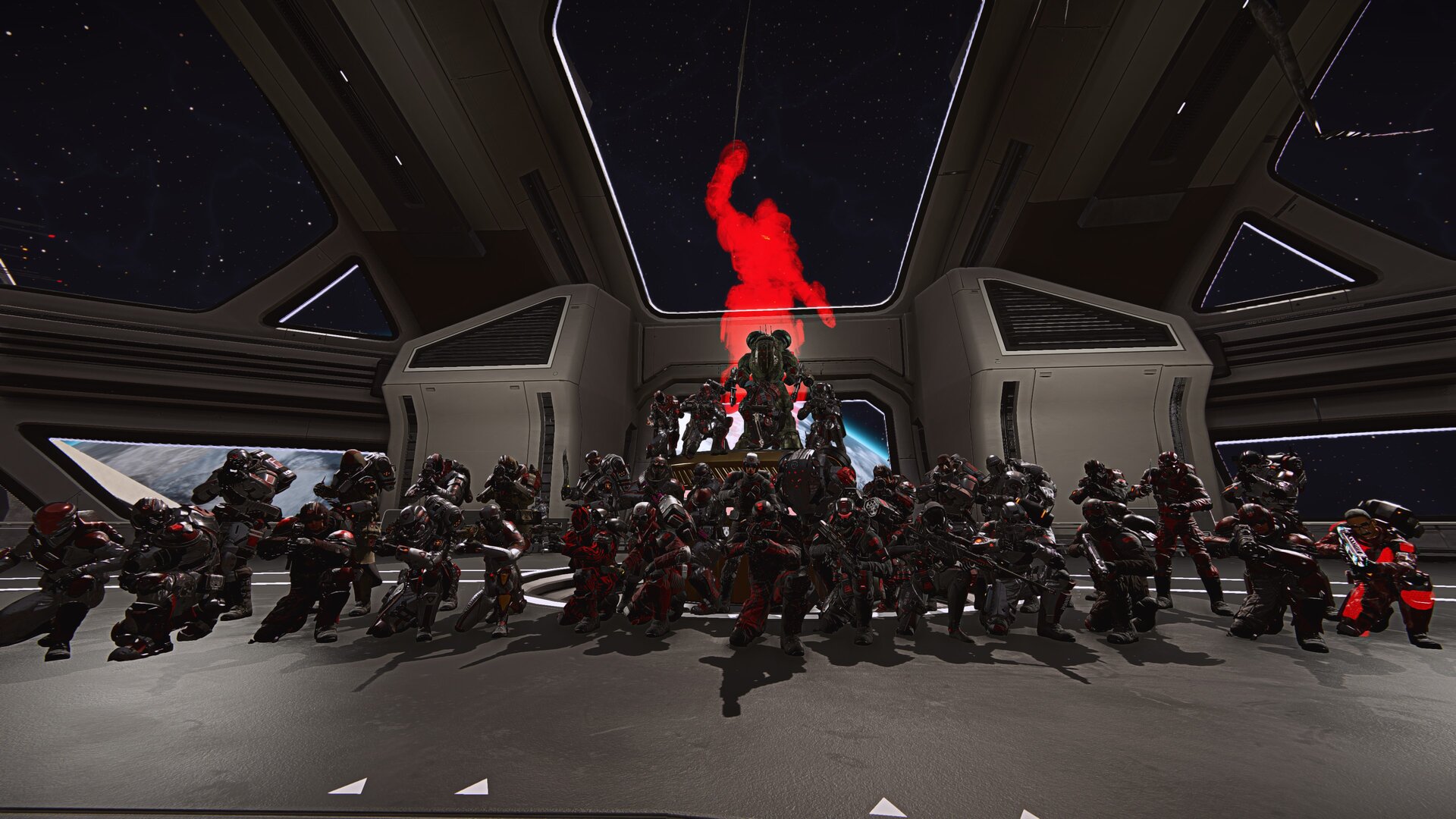 BRTD has once again participated in Planetside 2's Outfit Wars, this time in its third Alpha iteration. Our first two matches, against 1RPC and DIGT and then FRMD and DIGT, were difficult and neither was a full win for BRTD. We improved our tactics and in the next two matches, facing ARAY and EDIM and then HRGC and VCBC.
We achieved solid victories and advanced to the Gold final against familiar opponents HRGC and VCBC. After each match we refined our tactics, practiced our leadership, and learned valuable lessons that only made us more effective both on Desolation and on Auraxis. The final match was a true competitive three-way with all the outfits having a chance of winning until the final minutes when in the end BRTD's combined arms proved superior as air, armour, and infantry clawed their way to victory under the leadership of platoon leader Frozenbones.

Thanks to everyone who contributed ideas, tactics, signed up, played and in general made us a force to be reckoned with.