I'm currently working on how to increase your fps guide for Planetside 2 for the outfit.
Please post any tips or trick to boost fps for PS2 i will use them to write a guide to help outfit members improve their fps

Here are some of the results:


Allow for PS2 to use more ram.

it will ask you to look for you planetside 2.exe , this will allow planetside 2 to use more ram, thus decreasing stuttering

Edit the UserOptions.ini in the Planetside 2 folder.

Here is the UserOptions.ini setting for mid-range or high end pc:

Here is the setting for max fps setting on a low end pc:

The theory of using a ultra-setting to shift the work load from your CPU to GPU as PS2 is extremely heavy CPU usage so shifting graphics to the GPU allow the CPU to do more work without bottlenecking .
if your a flyer change the render distance to 2000 if your a infantry player using 1200.


[sub]*Disclaimer if the useroptions gets screwed up, delete it and start ps2 again, it will then be recreated with default setting.
its good Practice to back your useroptions file, i.e. I just copy it or rename to useroptions.bak which mean later you can reset it back to default if you have issues.[/sub]
Reactions: 2 people

Found this video, haven't tested the tips though:

putting shadows on zero is the most important thing. On my old computer I could play on medium standard settings in game with mostly no lag. Then I turned shadows down to zero in the useroptions.ini and I could play half high/half ultra with above 60fps.
F

I just put my shadows to zero and got a 20 frames increase. Thanks for the tip!!!

Same here, never tought it could be this easy, shame about the eye candy but every time I look at my FPS... 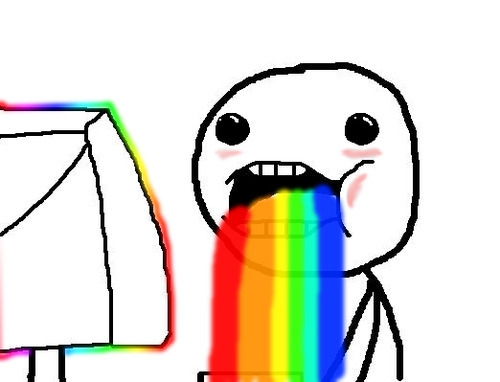 Should probably keep bumping this thread since it seems that a fair amount of people do not know about it.
R

Wonder what happens if you put renderflora to off..... no more bushes or tree leaves? that would be a advantage.

Bump just updated the guide, its still a work in progress I expected several days of edits, please add any tips or tricks to increase FPS in PS2

its now linked in mumble,

Shadows are overpowered, don't turn them off

bump for the newer guys

Heres gfx settings i am using atm. Do note that i use 120hz monitor so my maxfps setting is at 119 for some damn smooth game play.
Gettings 100+ fps on small skirmishes, 50 to 80 fps on medium and 35 to 45 on even biggest zerg fest fights.

If you have gtx 660ti or better GPU, feel free to add forcegpuphysics=1 line to get the damn cool physx effects into game.
With my 570 i feel physx on will eat too much fps for my liking. With 580 you could test it also and see how it goes.
Change rendering distance for whatever you like and note that it doesnt change the range where infantry or vehicles render but only terrain rendering distance and range when the distance fog gets drawn.

thanks for all that tips. now i can play that game again. after the last patch everything went even slower.
the only problem i do have now, is that i cant hit with shells that good anymore. for some mad reason the shadows helped me to "calculate" the distances.

also better be careful with that razor tool. it fucked my whole system and took me some time to get ps2 running again. ^^
F

Ever since the patch I've been looking around, reading, as well as b****ing on mumble about how bad it gets in the game when the fps dies a lot and have been searching for, well, anything that might help somewhat.

Some of the info have come across is opposite of what many players currently beleave. Going as far as having the CPU - GPU, what means what, backwards.
It also helps explain why a lot of the guides push the game towards Ultra settings too.

I'll type what I've dug up so far and leave you all to decide what ever you want.

The CPU/GPU indicator is wrong -
False. The problem is that not everyone understands what it's telling you. When the indicator shows [GPU] that means the graphics card is getting behind drawing AWESOME. The game code (CPU) is feeding information (through the driver) to the graphics card faster than it can fling pixels at the screen. The game eventually has to wait for the graphics card to catch up.

If the graphics card is finishing its work FASTER than the game can feed data to it, then the indicator shows [CPU]. This does not mean your CPU is at 100%, it means the graphics card is getting bored. You can give it more work to do by turning up some of the graphics settings. AT THE MOMENT the optimal point is where the GPU indicator is flipping to [CPU] in large battles, but goes back to [GPU] when things settle down a bit.

We still have work to do, and we know this very well. I have reports going back to last November that show the different changes we've made and how it's affected performance (yes, we've been paying attention to performance that whole time). When Smed says we're focused on performance optimizations he's right, and we've finally got time to get a great group of really smart people together to all work on this together because most of the other features are pretty much ready to go.


So, if like myself the CPU pops up quite often what this means is that the GPU is getting 'bored' and needs more work. Hence where the "stick it on Ultra or higher" settings comes from as in Jugg's post above.

The ideal point is where the GPU is flipping to CPU in large battles, BUT, drops back down to GPU when things settle down somewhat.

Least that is what is claimed...

So how do we sort this out?
Well, am sure the current state of the game won't help matters much with what ever we do, and for the most part the guides are pretty accurate in what can be changed in order to kick up the gfx work more.
The most posts and feedback have found is to lower various CPU dependant settings, Particles, Effects, Flora, Ambient Occlusion, Audio quality - least it is claimed they affect CPU more.

And to kick UP the graphics settings - so if your on high you goto Ultra, if your on Med you goto High and so forth.

Many are claiming that Shadows itself is affected by the CPU - I plan on testing this out.

SOE are not exactly info machines when it comes to digging up official related "what uses what" details.


Will post back with any results in a bit.
E

Ok. I will continue my tweaking a bit today and kick the settings upwards a bit. tbh. i have everything on low right now. lets hope i can find a good operation point

bump just added a max fps setting in the first post for a low end pc. i have been hearing some members have been having fps issues

moved to a public area of the forums, as i believe it can help new member and the public